It looks spectacular right? Well it is !! cravings! This week it was cravings for sushi, salmon, tuna whatever, but as we all know, going to a Japanese restaurant is not very cheap. Well, one of those afternoons my husband saw a man with a truck and his wine cellar parked in front of the building and Surprise! I had fresh fish and half the price of the supermarket. My eyes like two plates when I saw the huge loin of immense tuna! I got like the lord of the rings movie -my treasure .. my precious treasure! hahaha ok now. enough bad jokes, let’s go with the recipe! 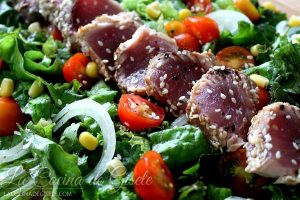 This recipe is super light, as we know, tuna is highly recommended for people who want to lose weight. Obviously, accompanied with salads or various vegetables, and since it is cooked with practically zero fat, it is a rich, delicious and succulent option for lunch or dinner.
Something to take into account is that raw fish could harm us. But we can end the possible Anisakis that they could contain with this simple trick that is simply before preparing it, we will put it to freeze for at least 48 hours and voila, problem solved.

Ingredients for the tuna loin or tuna tataki

I already commented that it is better to freeze the loin for at least 48 hours to destroy anything that could be bad for us. The night before you are going to cook it, put it in the fridge, so in the morning it will already be defrosted.
This is the tenderloin I bought was two kilos a delicious monster of fresh red tuna so red it looked like meat. We will notice when the fish is fresh because it does not smell bad like the typical fishmonger smell, it smells of the sea. One notices it … and for that reason is that I made this recipe for the certainty that it was almost fresh out of the sea.
I cut this piece into 4 pieces and for this recipe I used just one and it served 3 people. And those who know me who know that I am clueless I forgot to take the photo out of the bag so I leave this one that I had taken because I sent it to my mother-in-law by WhatsApp.

We take the piece of the whole tuna loin and bathe it with honey on all sides. Then, we will add salt and pepper to taste and roll it in sesame seeds.
Then we heat a pan with a splash of olive oil that we will spread with a napkin, so that the loin does not stick and we will add it.
We let it cook, rolling it, let’s say, on all four sides so that it cooks evenly for approximately 8 to 10 minutes in total. we will add the soy sauce almost at the end. The idea is that the loin is toasted on the outside but the center is three-quarters raw. Of course, they can do it however they want and let it cook for a longer time if it is of their preference. So I am mine: 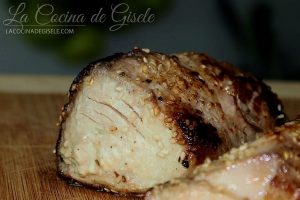 Now we proceed to cut it into slices of approximately 1 cm thick with a very sharp knife so that it does not break and we place it on a rich salad like this one, which I prepared with lettuce, cherry tomatoes, finely chopped onion and sweet corn. I seasoned it with balsamic vinegar, salt, pepper, and olive oil. 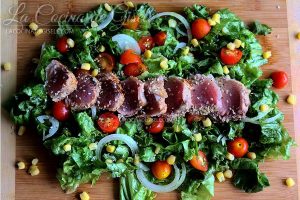 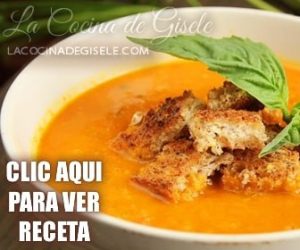 Share it! And remember to leave me your comments, I always respond .. and when you prepare it please tell me what you think? See you in the next post or on my youtube