Venezuelan Christmas !! What is never missing from the table! rich samples Hallacas, the Black Roast and the Ham Bread! Here is the video and photo recipe to make homemade ham bread step by step, this recipe is very simple traditional and the dough for the ham bread is soft and fluffy and with a delicious flavor. There are those who make puff pastry ham bread, but I will publish that recipe in another video. For vegetarians I also leave the recipe for Stuffed Bread with cheese and vegetables. In this post it is as explained by Claudio Nazoa with his characteristic Venezuelan humor, it is necessary to say that the Pan de Jamón is spectacular! 🙂 A super Christmas hug in advance for everyone! 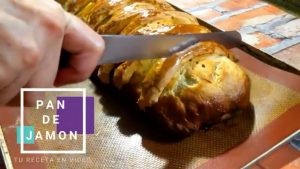 The Ham Bread in Video step by step
CLICK on the Video below to see the preparation step by step, you will like it!

You know .. Don’t eat a story! 🙂 If Claudio Nazoa himself said it, it is because it is good!

It’s an honor, I don’t know how to explain how happy I am. He gave me a lot of tips for both the Ham Bread and the Golfeados, because as you know Claudio, apart from being a great humorist, is a cook and he insisted that I put this in, note:
So I won’t tell you more, Claudio said he knows more than me haha ​​Grab your flour, your rolling pin, your whiskey stick, put on some music and start with the dough … because you can’t miss this bread for the world!

Preparation of the dough and bread filling:
1. In a cup of warm water add two tablespoons of fresh yeast. Let it rest for 4 minutes. Warm the milk, add the salt and sugar.
2. Place 1 kg of flour on the table in the shape of a volcano on the table or in a large bowl, add the yeast and mix by hand. 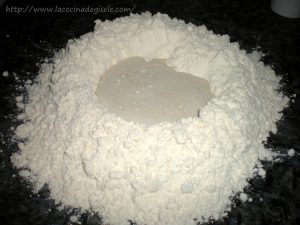 3. Add two whole eggs, the butter and little by little the milk until the ingredients are homogenized; In case the dough is very watery, that’s what the other half a kilo of flour is for. If necessary, it is added little by little, it is not necessary to add it all. In the video I add just one egg and 250 ml of milk and 250 ml of water instead of half a liter of milk. It is very good, the only difference is that we use a little less flour. We will know that by kneading how much it takes.

4. Let the dough ball rest for 35 minutes in a warm place. (I usually put it in the oven without turning it on with a glass of hot water next to it)

5. Meanwhile, with the help of someone at home, prepare a good stick to rest, hit the boys who were bothering you during the preparation of the dough without the danger that pieces of dough get stuck in their tender buttocks or on their innocent little heads, or make the calls you couldn’t make while your hands were full of flour. LOL

6. Cut the olives into small wheels. Soak the raisins. Throw yourself another stick, take your time. Let your friends know that you are making ham bread, if they say they want to tell them yes but they should bring at least a bottle of whiskey or a reserve box of orchard and in return you will let them taste the bread, if they tell you not to tell them Who sends them to order?

7. Put the ham and bacon on a plate in an orderly way so that the thing looks nice.

8. Suppose that 35 minutes have passed and we proceed to make the bread itself, after realizing that there is no rolling pin in the house and we have to run around the neighborhood looking for it. Divide the dough into two parts and roll it out into a rectangle. 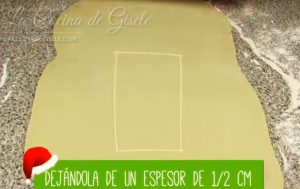 9. Spread the ham and bacon on this rectangle until it is completely covered so that even if we want to, we cannot see even a bit of dough. Top with raisins and olives. If it is to sell it, put a little. (hahaha) If it’s for pleasure and to look good with your family, put a lot on it 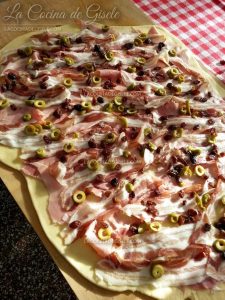 10. Roll the rectangle from there to here until it forms a roll that will later become a bread. : D

11. Using your fingers, flatten the tips so that the contents do not spill. Save a piece of dough for garnish. Let the raw bread rest for 30 minutes before putting it in the oven, which we have already heated to 180ºC. When the bread has been in the oven for 20 minutes, remove it and proceed to paint it with the grated paper, to which we have added a whole egg. (If they do not have papelón with the egg just enough) Then bake it for 40 more minutes. (total 1 hour) 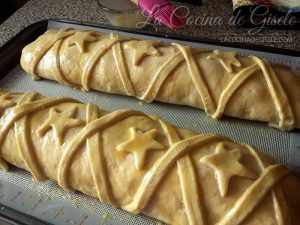 12. The bread will be ready in an hour or so, but remember, time is logical (don’t let it burn) 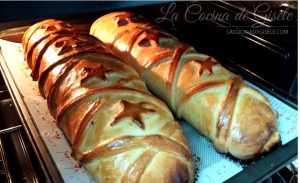 With this recipe, approximately 2 (Large) or 3 medium loaves come out. Do not let them say it to you! Do it. And merry Christmas, even if you read this on any day of the year.